skip to main | skip to sidebar

When On Google Earth 52 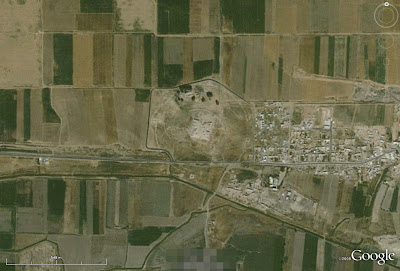 Q: How do you play it?
A: Simple, you try to identify the site in the picture.

Q: Who wins?
A: The first person to correctly identify the site, including its major period of occupation, wins the game.

Q: What does the winner get?
A: The winner gets bragging rights and the chance to host the next When on Google Earth on his/her own blog!